Hands down, Nancy Drew had the coolest job EVER.

And it wasn’t even really a job. I mean, it’s not like she got paid for it, right?

Nancy Drew got to hang out with her best friends and hunky boyfriend, Nick Nickerson, while searching for clues that would ultimately lead her to solve some baffling mystery that had left everyone else in River Heights perplexed.

Growing up, my best friend and I read ALL the Nancy Drew mysteries. From the very first page, we decided that we were going to have a future in sleuthing. We would pretend we were the characters from the books and assign titles to every suspicious activity we encountered. The Mystery of the Fallen Tree. The Secret of the Broken Clock. The Key to the Missing Mailbox.

When it came to assigning parts, I, of course, got to be Nancy Drew because I was the bossy one. It doesn’t take a degree in criminology to know it’s the bossy friend who gets what she wants because no one wants to deal with the repercussions if she doesn’t. My best friend got to be Nancy Drew’s dark-haired, tomboy sidekick, George Fayne, despite the fact that I was the one with the dark hair. (Neither of us wanted to be Bess Marvin because she was always described as “slightly plump”. Plus, let’s face it. Bess was not as savvy at sleuthing as Nancy and George).

We established our own club, the Cub Club Detective Agency (we collected teddy bears on the side), of which we were the

sole members. We spent hours sketching out plans for a clubhouse that never came to fruition. We would invent mysteries out of thin air. Everyone was a suspect, including Inky the cat who had suspicious spots. We had notebooks and brief cases and fantastical ideas. We had badges and Morse code detectors. We even had a theme song! We used to make commercials on cassette tapes, advertising our amazing ability to solve crimes. Playing detectives kept us occupied for hours. It was our perpetual playground and we lived in it 24/7.

When the Hardy Boys/Nancy Drew television series starring Pamela Sue Martin emerged, we were right there watching it.

We huddled on the couch of the little house where she and her mom lived and watched it on their little black and white TV (cable wasn’t available where I lived and all my bossiness couldn’t get me a signal without it). We were mesmerized by the handsome Hardy boys and immediately tossed our imaginary River Heights boyfriends aside. We decided the Hardy boys had much more in common with us because they were, after all, just as passionate about solving mysteries as we were. (Wanna take a stab at who got Shaun Cassidy for a boyfriend? I justified it by claiming Shaun Cassidy was the star of the Hardy Boys and since Nancy Drew was the star of the series, it was arguably a logical partnership. Oh, and yeah. I was the bossy one.)

We didn’t limit ourselves to merely G rated characters from books. We were in the business of solving mysteries and whatever tools we needed to adopt to make that happen we were happy to incorporate. We gave ourselves bionic powers and ran around the neighborhood in slow motion searching for clues. Like Jamie Sommers, we swept our hair back behind our right ear, which allowed us to be privy to conversations out of hearing range. (I let my best friend have the Six Million Dollar Man for a boyfriend. It only seemed fair).

Charlie’s Angels empowered us. We realized we could be detectives AND be pretty. No longer did we have to rely merely on 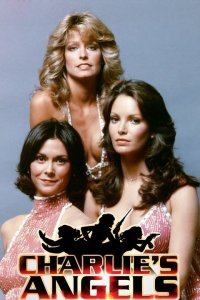 our sleuth savviness — we could be fashionable too! Our feathered hair would blow in the wind as we rode around on our skateboards searching for clues. We investigated every inch of our community for evidence of injustice in an effort to make Charlie proud. (As my bossy fate would have it, my brown hair meant I never got to be the most beautiful angel of them all, Farrah Fawcett. Karma gave me the option of choosing between Kate Jackson and Jaclyn Smith instead.)

My best friend and I thought growing up and becoming detectives would be the coolest thing ever.

But we didn’t grow up and become detectives.

We just grew up. And when we did, our childhood vanished.

My best friend ended up moving away and it’s no mystery that things were never the same. We still got together but geography put a damper on our creativity and the time we spent together became few and far between. Our plans to become partners in solving crime, that we had spent our collective childhood preparing for, had begun to fade. Eventually, the doors of the Cub Club Detective Agency closed once and for all.

I recently came across this unrecognizable stamp that once had our names etched on it along with Cub Club Detective Agency and the address where the clubhouse would have been. It brought a smile to my face.

It turns out my childhood hasn’t vanished at all. It’s right here in my heart where it belongs.

Midwest mama, library lover, and social justice advocate who embraces gratitude and perseverance on a regular basis. At 50 something, Melle is equipped with a whole lot of empathy, a sense of humor, a Student I.D. and an AARP card she isn't afraid to use. View all posts by MuchAdoAboutMelle

5 thoughts on “The Case of the Vanishing Childhood”

Unauthorized use and/or duplication of this material without express and written permission from this site’s author and/or owner is strictly prohibited. Excerpts and links may be used, provided that full and clear credit is given to Melle Richardson and MuchAdoAboutMelle.com with appropriate and specific direction to the original content.
%d bloggers like this: