Writing Prompt: What was the one thing that a friend had that you wished you had when you were little?

I can’t remember ever not wanting to have a canopy bed. From the moment I laid eyes on the very first one I ever saw, I wanted one.

I wasn’t a foofy girl growing up but I sure wanted a foofy canopy bed.

It reeked of femininity (something I lacked as a young girl) and somehow I felt that owning one would make me pretty, and I so wanted to be pretty. The girls I knew who had canopy beds were more poised and graceful and I was convinced it was because sleeping in a bed fit for a queen turned you into a princess overnight. If I had a canopy bed, I was certain the feminine qualities I lacked would miraculously materialize – as if by osmosis – and I would be transformed into a beautifully poised and graceful princess.

Or at least I would no longer be the lanky, awkward girl that I actually was.

My mother probably thought it was some fanciful phase I would grow out of but I didn’t. I never stopped wanting a canopy bed. Not ever. The desire to own one followed me through my childhood. It was a dream never realized, a longing never fulfilled.

That beautiful canopy bed I wanted looked something like this:

Years later, when I was married, my husband built me a canopy bed out of some plans he found in a Home magazine. His creation didn’t look anything like the picture but I appreciated the effort. The canopy was not billowing pink ruffled material, but a green dust ruffle stapled on top that was always crooked. The center of the dust ruffle always drooped down so he added beams across that he neglected to stain to match the rest of the bed. It lacked continuity and I was not decorating savvy enough to fix the blemishes. He most likely used treated wood (even though he assured me he didn’t) and that probably shaved years off our life.

The plans for the bed my husband built looked something like this:

Like our marriage, the canopy bed my husband built wasn’t strong enough to last. It was unable to endure all that we put it through. It wasn’t meant to be repeatedly taken apart and put back together again so by the time we moved into our fifth house, it was finally time to accept the days of lying under a crooked dust ruffle were over.

But at least I can say I once had a canopy bed.

Midwest mama, library lover, and social justice advocate who embraces gratitude and perseverance on a regular basis. At 50 something, Melle is equipped with a whole lot of empathy, a sense of humor, a Student I.D. and an AARP card she isn't afraid to use. View all posts by MuchAdoAboutMelle 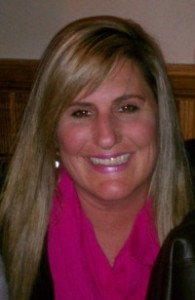 Unauthorized use and/or duplication of this material without express and written permission from this site’s author and/or owner is strictly prohibited. Excerpts and links may be used, provided that full and clear credit is given to Melle Richardson and MuchAdoAboutMelle.com with appropriate and specific direction to the original content.
Loading Comments...
%d bloggers like this: